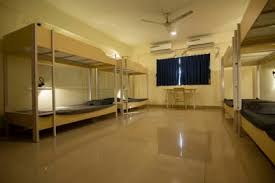 CALGARY, April 30, 2001 – A major survey of western Canada shows widespread
dissatisfaction with the way the federation is working and a palpable desire for change.
However, it also challenges some widely held assumptions about attitudes in the region.
Regionally, a majority say that allowing more free votes in the House of Commons and
Senate reform are both high priorities. However, the greatest majority of western
Canadians cite improved federal-provincial cooperation – not institutional reform — as
the highest priority to make the system work better. This is true in each western province.
Albertans — often assumed to be the most vocal advocates of devolution of federal
powers towards the provinces – do not stand out among Westerners on this issue. Thirtynine per cent rate devolution of powers as a “high priority”, compared to 38% in
Saskatchewan, 36% in British Columbia and 32% in Manitoba.
These are some major findings of the survey. It was commissioned by the Centre for
Research and Information on Canada (CRIC) – the Council for Canadian Unity’s
research, communications and citizen participation program.
Throughout western Canada, support for equalization is very strong. Eighty-three percent
support it, either strongly or moderately. Only, 13% are opposed, either moderately or
strongly.
The poll also showed that support for equalization is not dramatically lower in Alberta
than it is in the rest of the West. There has been criticism of equalization on the grounds
that it transfers too much wealth out of Alberta and BC, the region’s two contributing
provinces. But more than three quarters of Albertans support the program, while slightly
fewer than one in five oppose it.
Support is stronger in Manitoba and Saskatchewan – the provinces that receive
equalization payments. However, the difference between the high in support of 89
percent in Saskatchewan and the low of 78 percent in Alberta is not overly dramatic.
More notable is the almost 20 point difference in the number of those who say they
strongly support equalization, from a high of 51 percent in Manitoba to a low of 32
percent in Alberta.