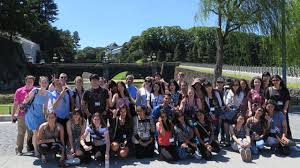 MONTREAL, Nov. 30, 2000 – Support for sovereignty continues to drop and a growing number of those who voted YES in Quebec’s 1995 referendum now say that they are less sovereignist today than they were then.

These are two key findings of the latest Portraits of Canada tracking poll from the Centre for Research and Information on Canada (CRIC), which was released today.

In a referendum based on the question used in 1995 — sovereignty combined with an offer of partnership with Canada – 35% of decided respondents would vote YES. When undecided respondents and those who did not answer are redistributed on a pro rata basis, the YES vote is 39%. That is a five-point drop from 1999 when the CRIC tracking poll put the probable YES vote at 44%.

This is the fourth tracking poll commissioned by the Centre for Research and Information on Canada (CRIC). The survey follows the evolution of Canadians’ attitudes to a range of issues that affect the country. Two were conducted in 1998, one in the spring and one in the autumn. A third was conducted in the fall of 1999.

As in past years, two separate surveys were conducted, one in Quebec and one in the other provinces. CROP surveyed 1001 people in Quebec between October 5 and October 23, 2000, while Environics Research Group surveyed 1018 people in the other provinces between October 10 and October 22, 2000. The results of surveys of this size have a margin of error of approximately plus or minus 3 %, 19 times out of 20. The margin of error for smaller sub-samples within each survey is larger.

The full survey, with charts, graphs, regional margins of error and detailed analysis is available on the website of the Council for Canadian Unity, www.ccu-cuc.ca.

The survey showed that the voters’ perceptions about the likelihood of a post-separation partnership agreement being reached between Quebec and Canada would have a tremendous bearing on the outcome of any future referendum.

One in four NO voters said they would vote YES if they thought that it was certain that a partnership agreement would be reached after a sovereignist victory in a referendum. Such a shift in support would be enough to enable the YES side to win.

But if it were not certain that a partnership agreement with Canada would be reached after a YES vote, the number of YES voters would decline. The decline measured this year is greater than that noted in 1999 — an indication that support for sovereignty has become more conditional.

These data highlight the extent to which the separatists’ cause depends on the promise of partnership, and suggest that it is in the interests of federalists to forcefully challenge the separatist message about the likelihood of a partnership agreement being reached.

According to the survey, a majority of Quebecers and of Canadians outside Quebec said that it is inevitable that an economic partnership agreement with Canada would be negotiated after a “yes” vote.